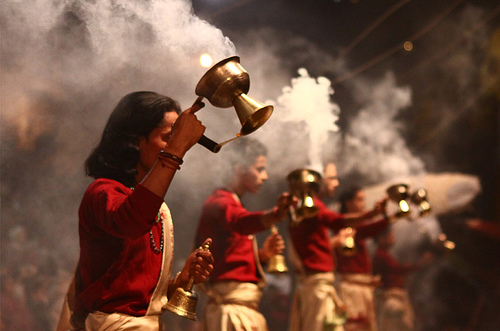 What is it of suffering that captivates us so much? Why do we dwell on the negative aspects of life, why is it that we can’t stand seeing someone else just be happy or content. We strive to put anyone down. We have no tolerance, we were mean, we are still mean, and it’s a defense mechanism so that we don’t have to face ourselves. To be alone would be terrifying. Do you believe you can change? Or are you one of hose people who are stuck because they believe that people can’t change?

People who didn’t have very good parenting had these flaws from the beginning but since they were kids they simply expressed them, as children do. Now we can se the spiral that is begging to form, certain people have blocks do to parenting and the others have them due to their relationships in school, and both will transmit them to their children. The negative traits are being emphasized more and more each generation. Less and less opportunities are there for someone to actually be pure up to an age were they can fend for themselves.

Young Adults should have at least a vague idea of who they are and what it means to be. The more you are aware of who you are and what it means to be the more prepared you will be to fend off the dangers in society; peoples eccentricities and head trips, peoples judgment and their secret traumas, fetishes and negativity. The more you clear up your own negativity the less affected you will be by night to night circumstances. When you discover the question of “who am I?” you are ready to begin looking inside. Like Ramana Maharishi, the great saint of Arunachala said; The I is the original thought, it is the only thought, it is the thought from whence every other thought emerges.

Instead of dwelling on the self, on dedicating the first quarter of life to study the I, to educate oneself with a philosophy that tackles the innermost aspects of every human and divine dimension within us, we dispersedly focus on the tasks handed down by the educators who are themselves part of a system that is flawed. It’s obvious why we can’t concentrate wholeheartedly on the limited areas that are designated by society as accountable. There is no real meaning in any of that, no magic, no spirit, no emotion and no soul. Merely though. It’s no surprise we turn to the physical sensorial dimension quickly seeking to quench the thirst that our spirits have.

We go out and party, create music, have sex and develop drugs and ways to explore the physical world, the thought world looses value in face of the things we can touch and taste, we want to put the world in our mouths like an oyster. This thirst never ends and only brings further dissatisfaction. Granted, it’s fun and we know no better. Imagine if we were taught how to experience bliss from the beginning, these sensations would have no bearing on us. The world would be constructed, thought upon and developed on a totally different basis; bliss and the spirit of things. We would live perhaps in great forests, having master control of the elements; some would choose to live in the sea, as Poseidon did. We could stretch the black desert with little difficulty, with no fear, intoxicated in the bliss of simply existing.

Understand that the imagination on which these ideals are being built upon now wouldn’t be the basis of existence, life and living either. Life would be clear on a totally different dimension. No hunger, no thirst. Some may say that this is the basis of what make us human, I would say perhaps that it is one aspect but what I’m describing couldn’t be denied either on that basis. We could exist here and there. We could have the best of both worlds. But the spiritual has to come first or otherwise you would be trapped in the scenarios I have been describing that pertain to the material. After that everything can be yours, with no effort. And not only material, when I say everything I mean peace, love, contentment, harmony, even wisdom.

This is the path to go from suffering to bliss while still existing, a part of you will die, it will be transformed and your immortal self will be there all the time by your side until you are that. Thou are that. In Vedanta, what many in the west know incorrectly as Hinduism there is only one sin; to tell people that in fact they are immortal. I think that some people will simply not understand, or misinterpret this to their own accord, some will even feel threatened or perhaps afraid. But if one person gets it, that person can change the world. Buddha based all his basic philosophy on suffering and he delineated the path out of it as a road of virtuous living and right understanding.

We need to teach this to our children so that in some time at least part of the society will know truth. Everyone should visit a city called Varanasi, it’s located on the banks of the Ganges, the entire city is devoted towards the quest to the divine. It is the oldest standing city on earth, dating to the year 7000 before Christ, Christ actually lived there and studied Vedanta and yoga there. The city is known to be Shiva’s playground, the god of death and yet the city is thriving. I mention this because people need to see for themselves that these ideas actually exist now a day in the lives of millions and also that it is a system that works and predates written history. Blow out the candle for yourself and see what happens. Can nothing really exist? think about it, the inexistence of something can only happen in existence so logically existence can only happen within inexistence.